It is debatable as to whether A.A. Milne intended, or realised that the Winnie-the-Pooh characters showed symptoms of psychological disorders, but they have been diagnosed by the Canadian Medical Association as having the following…

The imagination of Christopher Robin manifests itself in hallucinations, whereby all of the characters mentioned below are formed in his mind. It has been suggested that his feelings towards the outside world are represented by the characters in his head.

His obsession with honey brings about this diagnosis, and as we know, he would do anything to get his hands on another jar. Winnie-the-Pooh has also been categorised as having OCD, ADHD and Impulsivity.

Owl is consistently preoccupied with himself, as well as being rather clever, yet he describes the other animals as having ‘fluff for brains’. Owl has also been categorised as being dyslexic, however he is still rather bright, despite this supposed disorder.

This one is slightly more obvious and more easily recognised than some of the other characters disorders. His negative outlook on life and apparent inability to enjoy anything categorise this disorder, and it has even been suggested that it may be major depression.

Tigger is incapable of controlling his hyperactivity, and it has even been suggested that his readiness to try any substances that come his way may be indicative of a substance abuse problem. He appears to be a lot of fun, but those who associate with him run the risk of getting themselves into trouble as well.

Rabbit is extremely organised to the point of obsession – everything has to be in its place and in order. It has even been suggested that rabbit is homosexual due to his feminine personality, however it should be noted that this is not a diagnosis of a disorder, simply a judgement of character.

More specifically, generalised anxiety disorder – it has been suggested that he had a self-esteem blow in his past which has left him incredibly nervous and stressed. He also suffers from a speech impediment which may be related to the anxiety.

To find out about the theory behind the Rugrats, read below.

Of course, the truth behind this theory is entirely debatable, and it should be taken with a pinch of salt, however, it is interesting to read about what peoples opinions are of the characters. 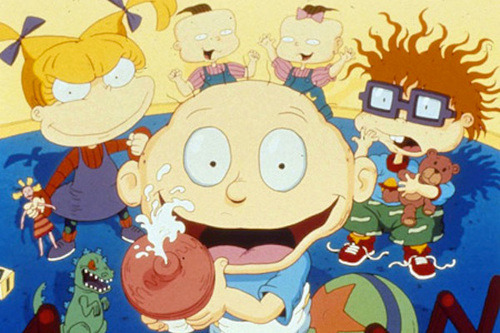 According to the theory;

I know this one isn’t very psychology-related, but like I said, it is interesting to read and consider. The theory extends to the spin-off ‘All Grown Up’ so you can click here to read the rest of it.

I shall leave it up to you to decide whether you agree with these interpretations or not.